Great News! The 2023 Blackpool Illuminations will once again shine throughout Christmas and New Year. Blackpool Council has announced that they’ll burst into light and colour on 1 September – remaining lit until 1 January 2024!

The two-month extension to Blackpool’s annual Illuminations display will happen once again after another dramatic rise in visitor numbers during the winter months.

It’s sure to be another big and bright Christmas this year – with themed events, shows and attractions. Autumn and Winter is brilliant in Blackpool!

The Blackpool Illuminations Switch On

It’s THE Friday evening in summer, traditionally at the end of the Bank Holiday week. It’s the night when the famous switch is flicked to turn on the world famous Blackpool Illuminations!

The Switch On event was first held in Talbot Square outside the Town Hall. Then it moved to Central Car Park. When the new promenade was built, Switch On moved to Tower Festival Headland.

During Covid everything changed and the event moved indoors into the Tower Ballroom. Now streamed live online in association with MTV, the Ballroom is the new home for the event.

Much more about this years Blackpool Illuminations Switch On…

Live Blackpool is part of Visit Fylde Coast, which also includes our very own website all about the Blackpool Illuminations.

Visit Blackpool (the official tourism department of Blackpool Council) is the organiser of this event.

More about the Blackpool Illuminations

theBlackpoolilluminations.info is our website about the Lights from Visit Fylde Coast. Why don’t you hop across there and find out more?

Apart from lots of great photos, videos, news and all kinds of interesting things!

It’s the biggest event in the Blackpool year – it’s Illuminations Switch On night! It’s always the Friday at the end of August Bank Holiday week, and it heralds the beginning of the busiest weeks of the year.

Each year there’s a spectacular show, which ends with a celebrity flicking the famous switch and turning the Blackpool Illuminations on.

2. What time the Illuminations come on each day

Once they’re on, the next thing you’ll want to know is what time do the Lights come on in the evening that you are there? The lighting up times change as the nights get darker earlier and late summer turns into autumn.

3. Find out more about the Lights

The Blackpool Illuminations cover a huge area of promenade. There are tableaux, festoons, over the road displays and much more. Explore all this and more – like where they are actually made – in all about The Lights

Plus of course the amazing LightPool Festival and the digital projection shows on the front of the Blackpool Tower.

4. Things to make your visit better – like where the loos are!

Blackpool Illuminations attracts millions of visitors to the resort every year. So obviously it’s going to be busy.

It’s a good idea to be prepared when it comes to food, drinks, snacks, and where you’re going to park, and where the toilets are too! There’s loads of local information here to welcome you to the Fylde Coast. Enjoy your break without feeling stressed!

5. Illuminated Heritage Trams, and the history of how they came to be

The Illuminated Heritage Blackpool Trams are very popular – they’re certainly our favourite – but do you know how they came about?

Explore the years of the history of the Illuminated Heritage Trams.

6. History of the Blackpool Illuminations

Did you know that the origins of the Blackpool Illuminations goes back well over 100 years, as far back as the invention of electricity?

Find out more about the pioneering invention that was to shape Blackpool’s history.

We’ve all got our favourite eras to look back fondly at. Why don’t you take a stroll down memory lane and see if you remember any of these old Blackpool Illuminations?

8. What else happens during the Illuminations?

Blackpool in the late summer and autumn is Illuminations season and the busiest time of the year. It’s when the town really comes to life, with Ride the Lights, the World Fireworks Championships, LightPool Festival at half term, and so much more!

All the properties listed on the Visit Fylde Coast websites by StayBlackpool are annually inspected. This means that you can book with confidence, safe in the knowledge of a great stay.

Once again, this year the Blackpool Illuminations will be extended throughout the Festive Season. The Lights start on Friday 1 September and shine until Monday 1 January, 2024.

The decision follows the release of new figures showing an 18% increase in promenade footfall during November and December over what was a spectacular performance in 2021. The footfall also shows an increase of almost 60 per cent compared to the pre-pandemic year of 2019 when the Illuminations season ended in the first week of November.

The latest figures reveal that the Christmas By The Sea event also proved an invaluable boost to Blackpool’s tourism economy. Promenade footfall for the period of the Christmas event (November 18 to January 2 inclusive) was recorded at over 6 million, an increase of more than 10 per cent compared to 2021 which was again an exceptional year in terms of growth in visitor numbers.

And a Fabulous Festive Season!

Cllr Lynn Williams, Leader of Blackpool Council, said: “The figures demonstrate the very significant economic impact of the Illuminations extension coupled with the Christmas By The Sea event.

“All of the statistical and anecdotal evidence from tourism businesses, with some reporting record levels of trading during the winter months, suggests that we have found a winning formula to extend Blackpool’s season. That is something we very much want to sustain and build upon.”

The Christmas By The Sea campaign, which ran on the Tower Festival Headland, included a free skating rink, artificial snowfalls, light projection shows, log cabins, and large-scale light installations. It was sponsored by TalkTalk and Blackpool’s Tourism Improvement District.

Cllr Williams confirmed that discussions were already underway with potential sponsors to facilitate the return of Christmas By The Sea in 2023.

The event has been shortlisted in the Large Event Of The Year category in the Lancashire Tourism Awards due to be staged at Blackpool’s new Conference & Exhibition Centre on February 7.

6 thoughts on “Blackpool Illuminations & Switch On 2023!” 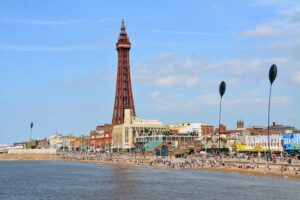 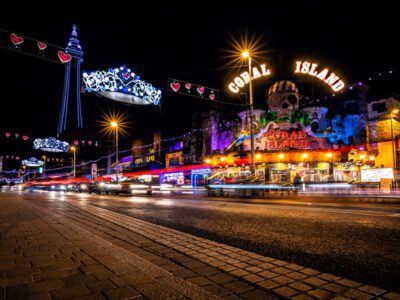 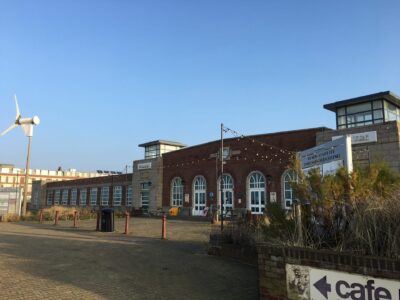