On Wednesday 13th November 2013 a small group of the Friends of Highfield Road Park were privileged to attend The Blackpool Gazette and Lancashire Evening Post Green Awards. Sponsored by Remsol Co. UK.

The evening was the pinnacle to almost two years planning to transform one of the old unused bowling greens at Highfield Road Park into a new open community area.

Never in our wildest dreams did we think we would be coming home with a fabulous winning trophy and certificate, especially when we saw the other shortlisted candidates we were up against.

When our task began two years earlier a lot of local people were sceptical. At times it seemed to take so long to get each step completed that we wondered when the area would be finally transformed.

Incredible to think that just twelve months ago I was sat with Justine Hall an ex-council employee and horticulturist leafing through books choosing what we thought would be the best plants for the new sensory gardens.

Plants which six months later would be installed. More than 40 volunteers helped, of all ages, when we held our community ground force day.

Of course the work did not stop there, right from the start we knew the garden beds would need to be looked. That’s something that we – the Friends – agreed to do if the council could mow the grass.

Thanks must also go to all our funders who so generously sponsored the garden. Without them, we would not be where we are today with a fabulous open space which many visitors enjoy.

Most importantly I would like to dedicate our win to the community gardeners who regularly meet up on a Wednesday morning to maintain the garden.

We may only be a ‘pocket park’ in the South of Blackpool but if you haven’t found us yet please do try and visit. We still have more improvements to make especially in the playground, but we hope you will enjoy a visit to the haven we have created.

How often do you hear that criminal offenders are sentenced to do so many hours ‘community service’ and wonder what they do?

Well at Highfield Road Park the Community Payback Team has been very active.  Led by their Supervisor Shaun Halstead, various offenders worked in the park during the Summer of 2014.

However when the weather became cold and wet the Friends of the Park were asked if the team could help out with any other Projects.  In October the Friends asked if there was any chance of the team helping with a ‘Refurbishment Project in the Park Pavilion.’  Shaun and his team were only too pleased to take up the challenge.

Following a meeting in October a list of materials was drawn up. The Friends knew they would be able to provide some materials with the council providing the paint that was needed for the first phase of work.

Work was carried out on some of the coldest winter days but the improvements could be seen straight away, inside and out. The peeling plaster was removed and a new lick of paint applied giving the main room a much brighter look.  However phase two was more of a challenge and the Friends knew that many more materials and skills would be needed.  Once again the Community Payback Team said that they would be able to undertake the work providing the Friends could supply the materials. 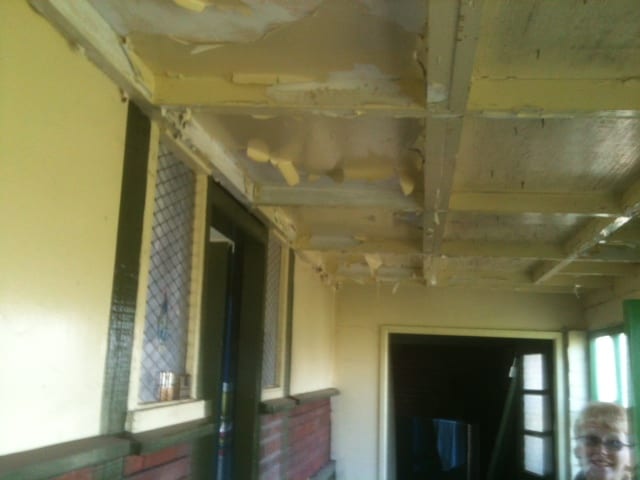 Before (above) and after below). What a difference a lick of paint can make – and a team of helpers!

By now it was January 2015 and the Friends thought they would have to wait while they raised further funds. Then a new member joined their Committee and told them of a Community initiative that local firm Chadwicks were running and thought they would be willing to supply materials for the rest of the Pavilion ‘Makeover’.

Materials were ordered, then Shaun and his team sprang back into action, often working weekends. Some professionals who are completing their community service have to sometimes fit it round their usual jobs.

Thankfully they were able to complete the work in time for the Park’s Centenary Celebrations in July when the role of both Chadwicks and the Community Payback Team was recognised. The pavilion was officially opened to the public and a plaque installed to thank those involved and recognise their contribution.

However the story does not end there when the park suffered an arson attack in July the Community Payback Team once again came along to help. They were shocked by the damage done as they had also become ‘Friends’ of the park. Shaun said they had enjoyed helping the group out and appreciated the support the community had given whilst working at the park.

The Friends of Highfield Park is a local charity group, who care about the park and the local community.

The Friends maintain a Community Garden within the park, through Community Gardening sessions in the #GreenGym. The Community Gardeners meet on a Wednesday and Friday weekly during Spring and Summer and fortnightly in the Autumn/Winter – weather permitting for fair weather gardeners! The group occasionally hold Park Tidy Up/Planting days and work with the local council to create an inviting green open space for everyone to enjoy. 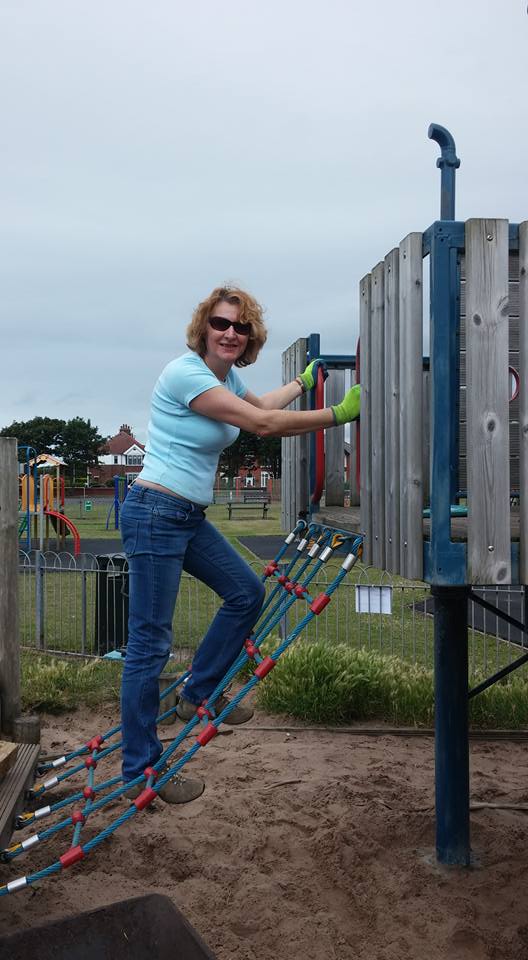 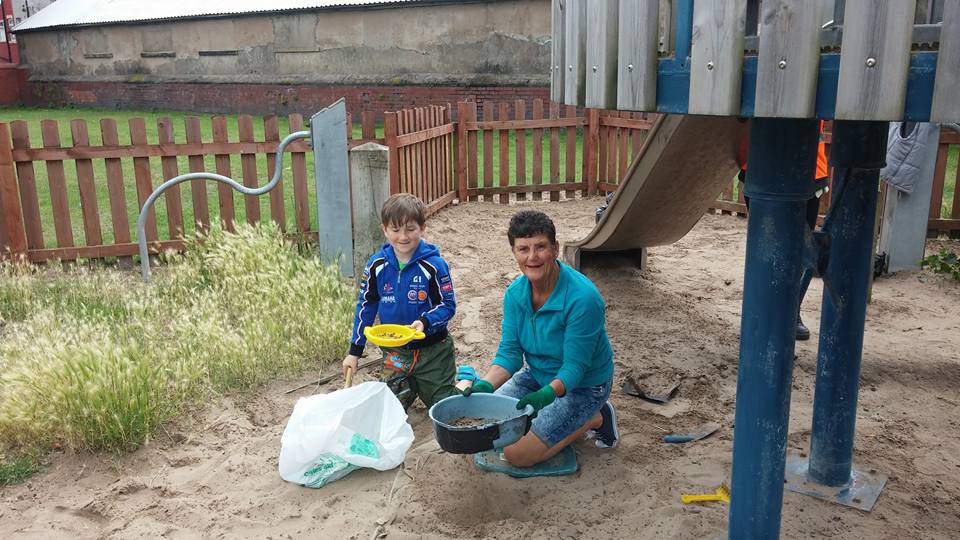 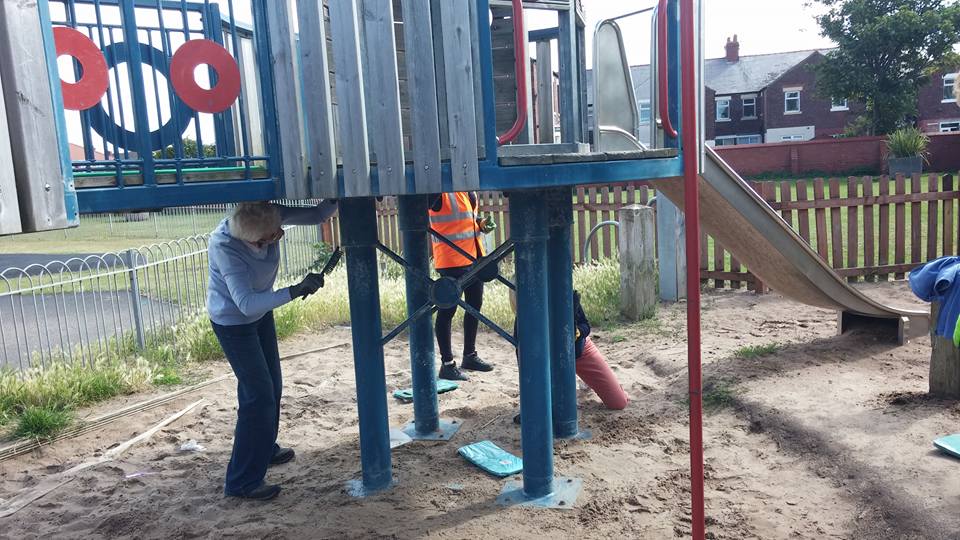 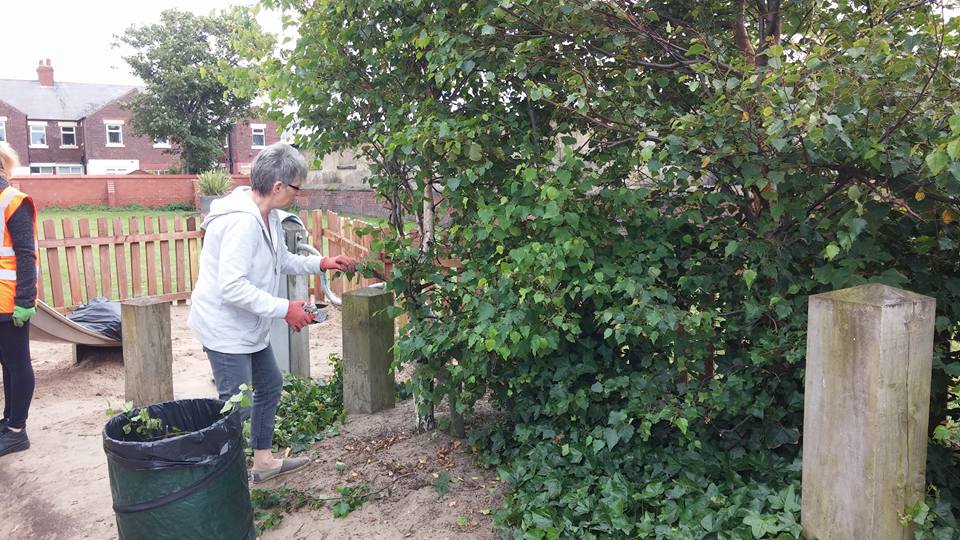 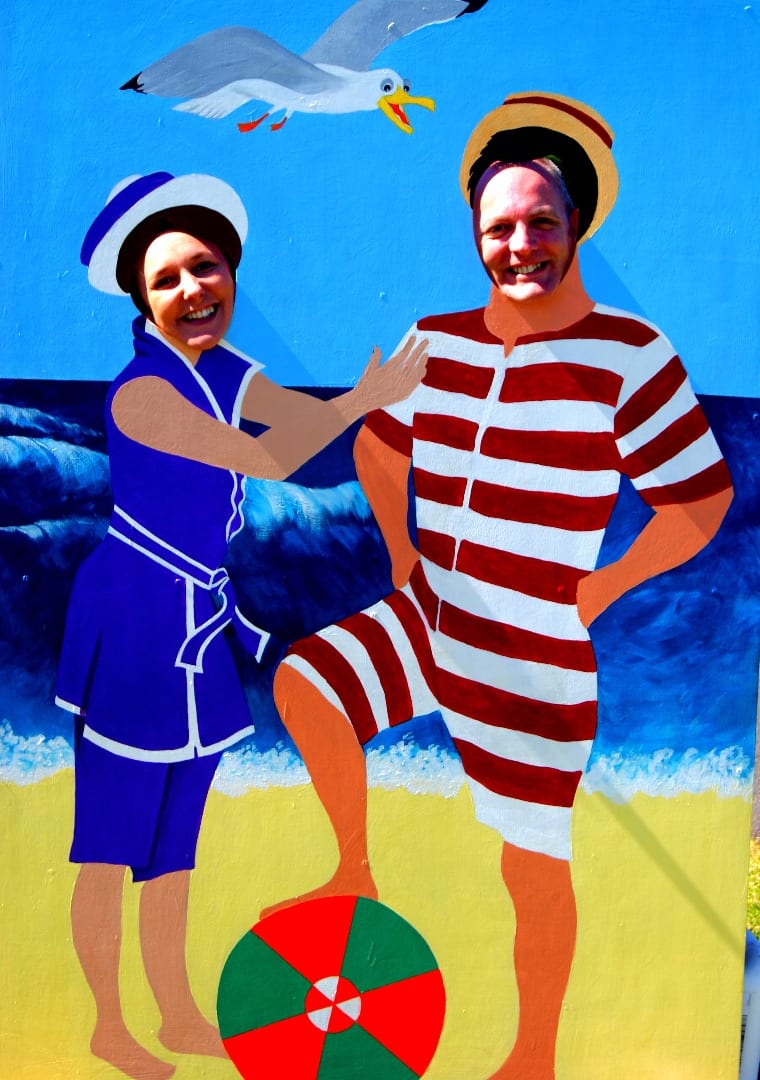 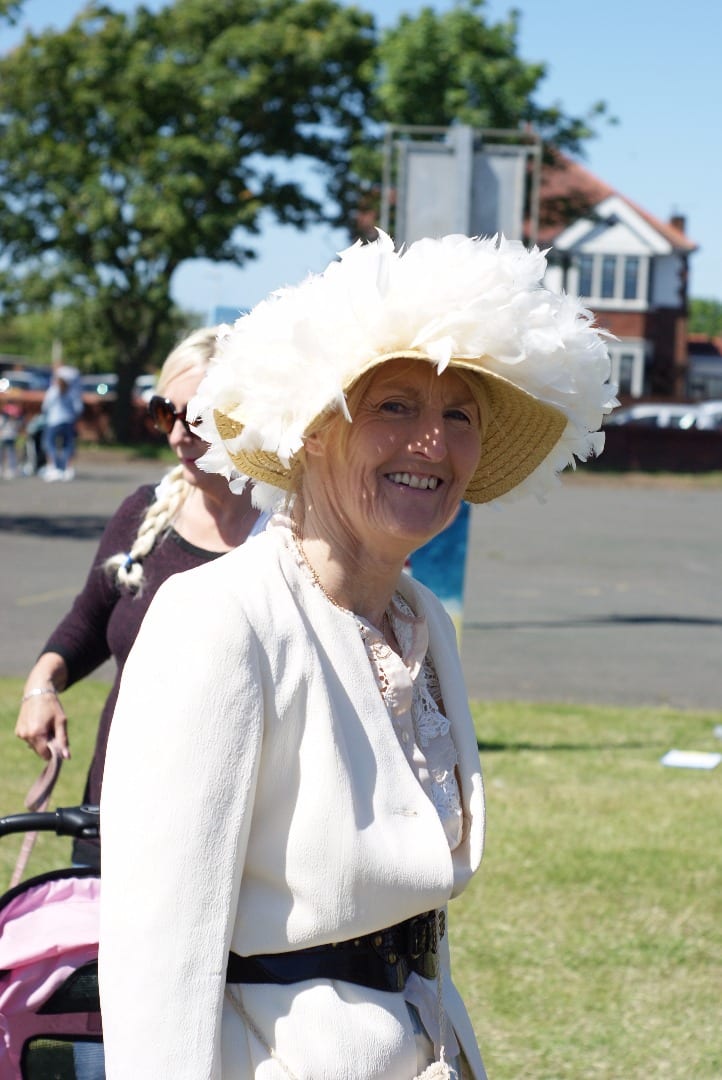 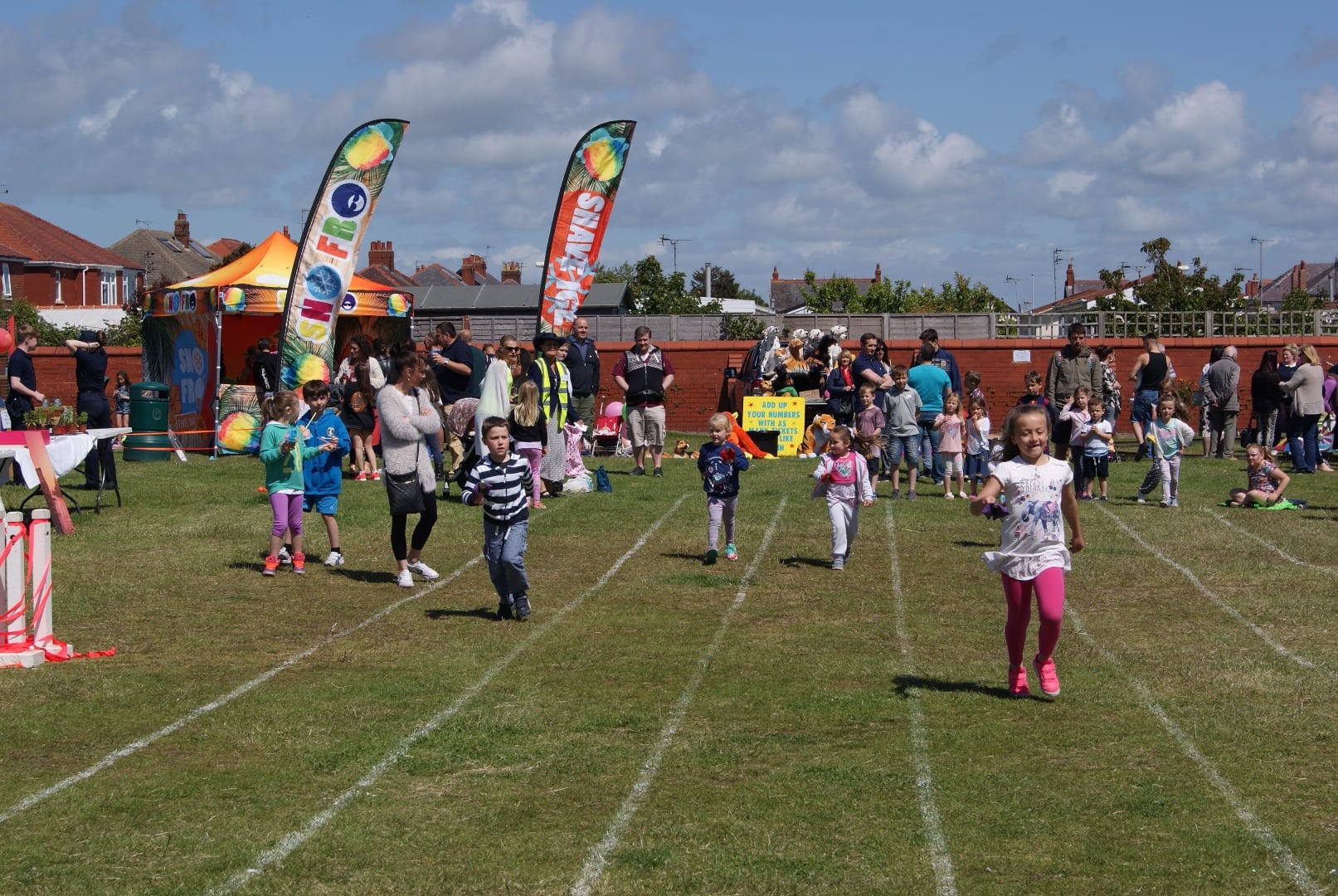 Christmas in Blackpool – An Extravaganza Year!

It's Christmas in Blackpool - and for 2022 another whopping programme of festive entertainment is...