Your MP is a person who the majority of people wouldn’t ever get to know – after all you’d normally seek them out only if you’d got a problem.

So we’ve had a cup of tea with Paul Maynard, MP for Blackpool North and Cleveleys. Not to talk about politics, but to find out about the man behind the letters ‘MP’, about what brought him into this game, what he really thinks about life in general, and where he goes on holiday!

I suppose I was what you’d call a goody two shoes really, I was hard working and always wanted to please the teachers, and realised I’d got an opportunity and wanted to make the best of it. I was obedient and quiet – until towards the end, when I started to get more interested in politics and became more voluble! I was really fortunate to go to a Christian Brothers Grammar School which gave me a really good grounding, and that enabled me to go on to Oxford University where I read a History degree.

What did you do before you became an MP?

After I left University I had a few years as a Management Consultant, which isn’t what I’d call a meaningful career or use of my time, making rich people even richer. Events were taken out of my hands when the firm went bust and I was made redundant, which galvanised me into action maybe a bit more quickly than I might have otherwise. I wrote to Conservative Central asking for employment, and ended up in the Research Department doing Policy work. You might say that was where the bug struck!

What makes you tick?

I really enjoy mental gymnastics, so you could say that detail and complexity give me a buzz. I like spreadsheets and complex issues – fathoming the detail, getting to the nub of an issue and whether it makes sense gives me a big sense of achievement. I need to know that every day has been a productive one too, and one that I haven’t wasted. I can’t abide wasting time. For me, achievement is nothing to do with money either – it’s not about putting money in the bank, it’s about making a difference.

Has Cerebral Palsy held you back?

I’ve never known anything different and it’s part of what makes me who I am. I’ve never allowed it to affect my life and career and it’s never stopped me doing what I wanted to do. It’s unfortunate that other people see the label rather than me as a person behind it, but that’s life and something you have to put up with.

What or who inspired you to become a politician?

There’s a famous anecdote about me meeting Margaret Thatcher as a four year old child in a sandpit, so I suppose you could be clichéd and say it was her! As I got older and started developing political interests I saw the Conservative Party as the party of opportunity – at a time when the Labour rule was trying to abolish the 11+ exam – which had given me my opportunity to go to grammar school.

As an adult I really admire people like Helen Suzman, who was the only white, female anti-apartheid MP in South Africa. She sat every day, staunchly standing up for her views in the face of serious opposition. I firmly believe that as a politician I should try to follow my conscience and do what’s right. As long as I can rationalise what I’m doing and why I’m doing it, with a knowledge that it’s the right thing to do, whether it’s a popular decision or not, I can sleep at night knowing that I’ve done my best and been true to myself.

Does the life of an MP exhaust you?

No, it doesn’t exhaust me, but it’s very tiring. I enjoy the adrenaline and excitement and still get a fantastic buzz each time I walk into the Houses of Parliament. I get such a lot of energy from it, which is a good job because I can’t think of many other jobs where you leave for work at 6.00am and are back at 11.30pm – day in and day out. I suppose when the buzz and the excitement goes I’ll know that it’s then time to move on.

Being a politician is your entire life – any hobbies or outside interests which you might have had have to fall by the wayside – to do it properly it’s a vocation rather than a job. The stream of emails is relentless and you’re always on call and on show when you’re out and about in public. Evenings in are very rare, and I’ve just caught up on The Bridge – and finally found out who dunnit a month after everyone else watched it live on TV!

What are your ambitions?

When I was elected I said at the time that all I wanted to achieve was to be an MP that people could be proud of, and I still stand by that. However long I keep my seat for, I intend not to be an MP that the local people were ashamed of.

I’m not plotting my way to the cabinet, and I’m not a sycophant chasing promotion. I just go through one day at a time doing my best, and being me, and if people up above recognise something special in me that stands out and is worthy of more, then so be it. If it all ended tomorrow the world would continue to turn, and I would still be me. I try really hard to make sure that I keep my feet on the ground and not be seduced by being an MP and all that comes with it so that I become just another homogenous MP. I still go in local cafes, and I do all the normal things I always did, because I want people to see that I am still a normal man that they can approach and talk to, honestly and without having to stand on ceremony. I think it’s important to keep things in perspective and remember that the ‘Paul Maynard’ is the important bit and not the ‘MP’.

Do you ever wish you hadn’t bothered?

Never in a million years! This is something that I have worked hard to achieve and really, really wanted to do, and it’s the biggest honour possible. It sounds horribly corny, but every person that comes to me for help is an opportunity to make a difference, and to make their world a better place. So each disabled access ramp, each unresolved issue with HMRC and every completed task is a chance to make a difference. I work for all 67,000 of my constituents, whether they voted for me or not, and for me it’s an incredibly serious job and one that I am deeply honoured to be able to do. In fact the thing that I struggle with is not being able to please all the people all of the time and do everything, and make everything better. No one can, including me.

If you weren’t an MP what would you do?

If you’d asked me that question before I became an MP I might have given you a different answer to the one I would give now. During my time in office I’ve seen such a lot and learned such a lot about things that if I’d had a ‘normal’ job I’d never, ever have experienced. So now, after serving other people, I think if I weren’t an MP I’d like to do something that I find particularly interesting, so maybe I’d aim for the Third Sector and work in an area like Law and Order or Youth Justice. Or maybe I’d go back to University to do a Phd – I’ve always felt that was an incomplete chapter in my life.

And finally…where do you go on holiday?

I do short breaks in the UK a few weekends a year, and this summer I’m going to Portugal for a fortnight. Experience has taught me that a holiday isn’t a luxury just for pleasure, a holiday is essential to enable me to recharge my batteries to be able to operate at full tilt the rest of the time. One thing is for certain, it’s impossible for me to take a break at home! Whether I go out or stay in I just get sucked back into work, so I have to go out of Blackpool! 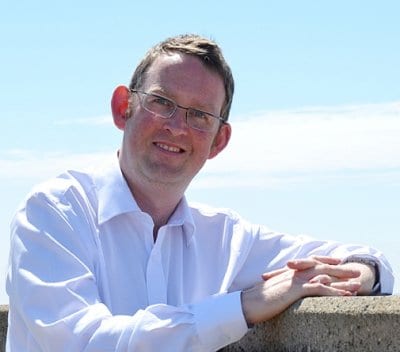