A significant programme of investment has taken place in bridge repairs in Blackpool. It’s seen a number of the town’s key bridges modernised as part of a £11.3m project to ensure they remain safe for future use. The visual benefit of which is that they’re all now cleaner, brighter bridges.

Yeadon Way closed to all traffic from Monday 11 November 2019 until May 2020. The closure will allow the final phase of improvement works to take place.

Last year, work began on Yeadon Way as part of Blackpool Council’s 10 year bridge improvement programme. It aims to ensure the safety of all of Blackpool’s bridges now and into the future.

Other than routine visual inspections there is no more work planned for Yeadon Way after this final phase is complete.

The £3.3 million upgrade of one of Blackpool’s major roads was completed on schedule, reopening at the end of May 2020.

The Yeadon Way improvement project, part of Blackpool Council’s large-scale investment in the roads network, was delivered in partnership with Eric Wright Construction Group despite the challenges faced during the COVID-19 crisis.

The key improvements include:

The road connects the M55 with its town centre car and coach parks. It’s designed to carry high volumes of traffic.

The project was funded through a £2.3m grant awarded by the National Productivity Investment Fund, alongside a contribution from Blackpool Council’s highways maintenance fund.

An essential inspection at Yeadon Way took place from Monday 12 November 2018. The work will involve taking samples of the road’s structure to determine what future works may be needed. The necessary works will then take place in November 2019.

Whilst the road was closed in 2018, essential maintenance work was carried out including drainage works, cutting back of overgrown vegetation and street lighting upgrades.

In 2015, a £3.6m programme of works was completed on Yeadon Way. This was to replace the section between St Anne’s Road and Hawes Side Lane. At the time, the council pledged to continue to seek funding to carry out further necessary works.

Following extensive bridge repairs, Devonshire Road fully reopened to two way traffic on Friday 24 August 2018 at around 1pm, three and a half weeks ahead of schedule.

Devonshire Road Bridge is the last bridge in a significant programme of investment which has seen a number of the town’s key bridges modernised as part of a £11.3m project to ensure they remain safe for future use. The visual benefit of which is that they’re all now cleaner, brighter bridges.

The bridge refurbishment work at Devonshire Road began on 4 June 2018. It involved repairing supporting steel beams that have corroded over the years and the walls have been clad with new red and white bricks to replace old weathered brickwork.The work has prolonged the life of the bridge for years to come.

Works to resurface the footway and cladding are ongoing, but meanwhile pedestrian access will be maintained. Additional road resurfacing will be carried out in the next six months. Resurfacing will be done when it’s more cost effective to do so as other works are taking place in the surrounding area.

As part of the £2.2m scheme, corroded concrete and steel beams supporting the bridge were replaced to prolong the life of the bridge for years to come. It is expected that the work will give the bridge an extra 120 years of life.

The bridge replacement is part of a programme to fix ten of Blackpool’s bridges during the next five years at a total cost of £11.365m. The money is made up by contributions from Blackpool Council, the Department for Transport’s Challenge Fund and the Lancashire Enterprise Partnership’s Growth Fund.

The next bridge to be improved will be Devonshire Road Bridge in the summer.

Work involved replacing the carriageway and supporting steel and concrete beams. While the work was undertaken Squires Gate Bridge was closed to vehicles between Sandbridge Place and Hillcrest Road.

Over time, the reinforced concrete beams and steel supporting Squires Gate Bridge had become corroded. They had to be replaced to ensure the bridge can remain open for years to come.

Harrowside bridge closed due to safety issues highlighted during an inspection. Due to serious deterioration, engineers have identified the bridge as a safety risk to the public. It closed to traffic Wednesday 26 July 2017 whilst a repair plan is put in place. 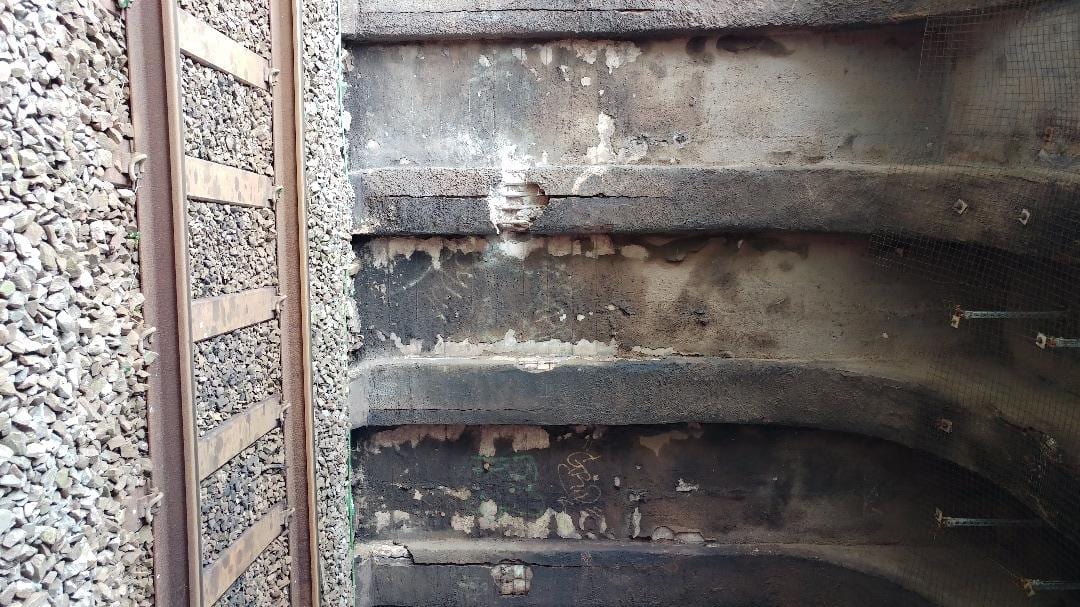 State of repair at Harrowside Bridge

Pedestrians could still use the footpath during the closure and businesses on the bridge remained open as usual.

Recent checks have revealed that steel reinforcements have corroded by 40% which means that essential repair work will need to take place. 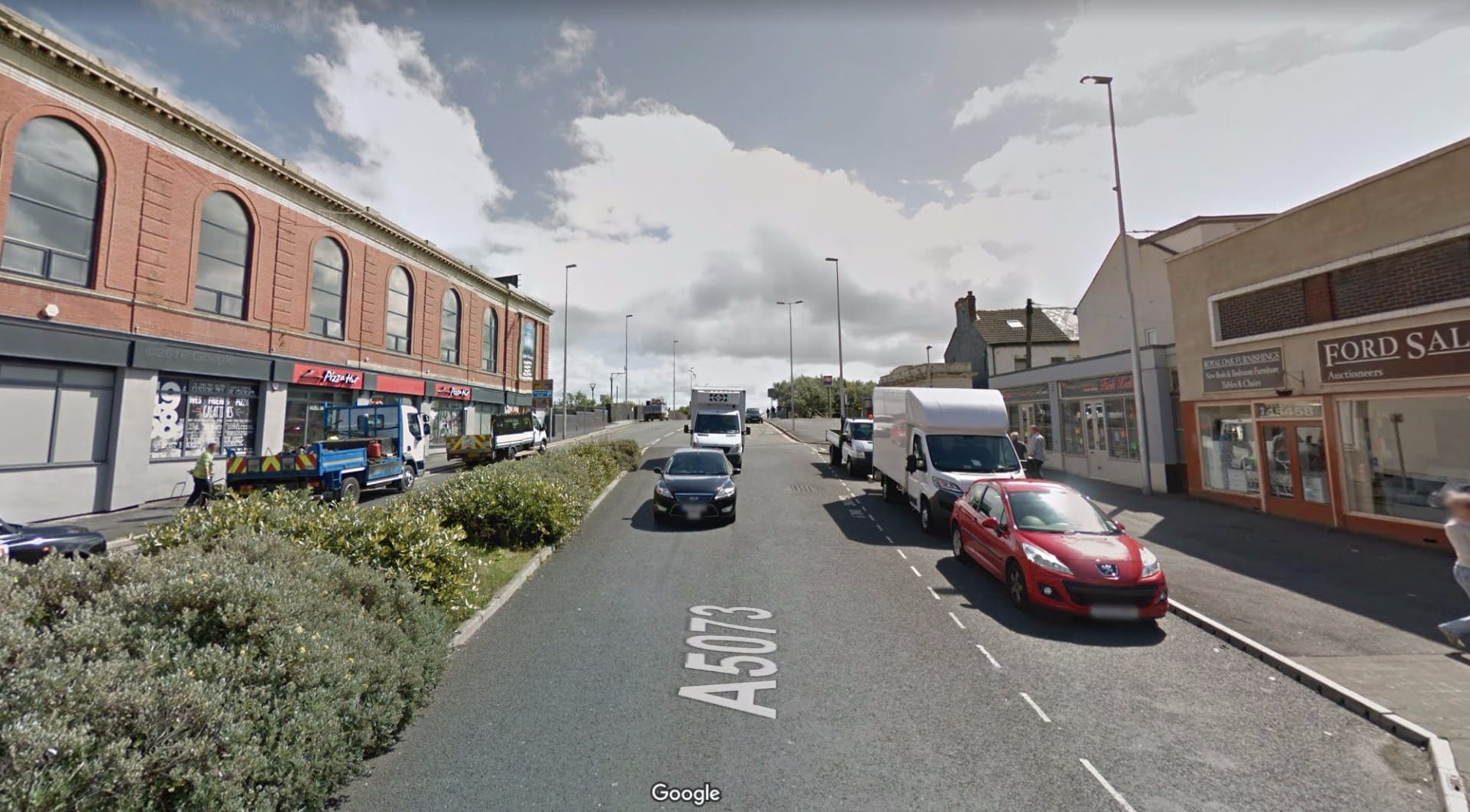 The four-span bridge is said to have been constructed in the early twentieth century. Originally it supported the road over railway tracks which led to the old Blackpool Central Station.

Like a number of Blackpool bridges, Plymouth Road Bridge (also known as Crossleys Bridge) was suffering from age.

It’s one of the 10 bridges across the town to undergo significant investment over a period of five years. Plymouth Road Bridge reopened to drivers on Friday 7 April 2017 following a six month repair programme. 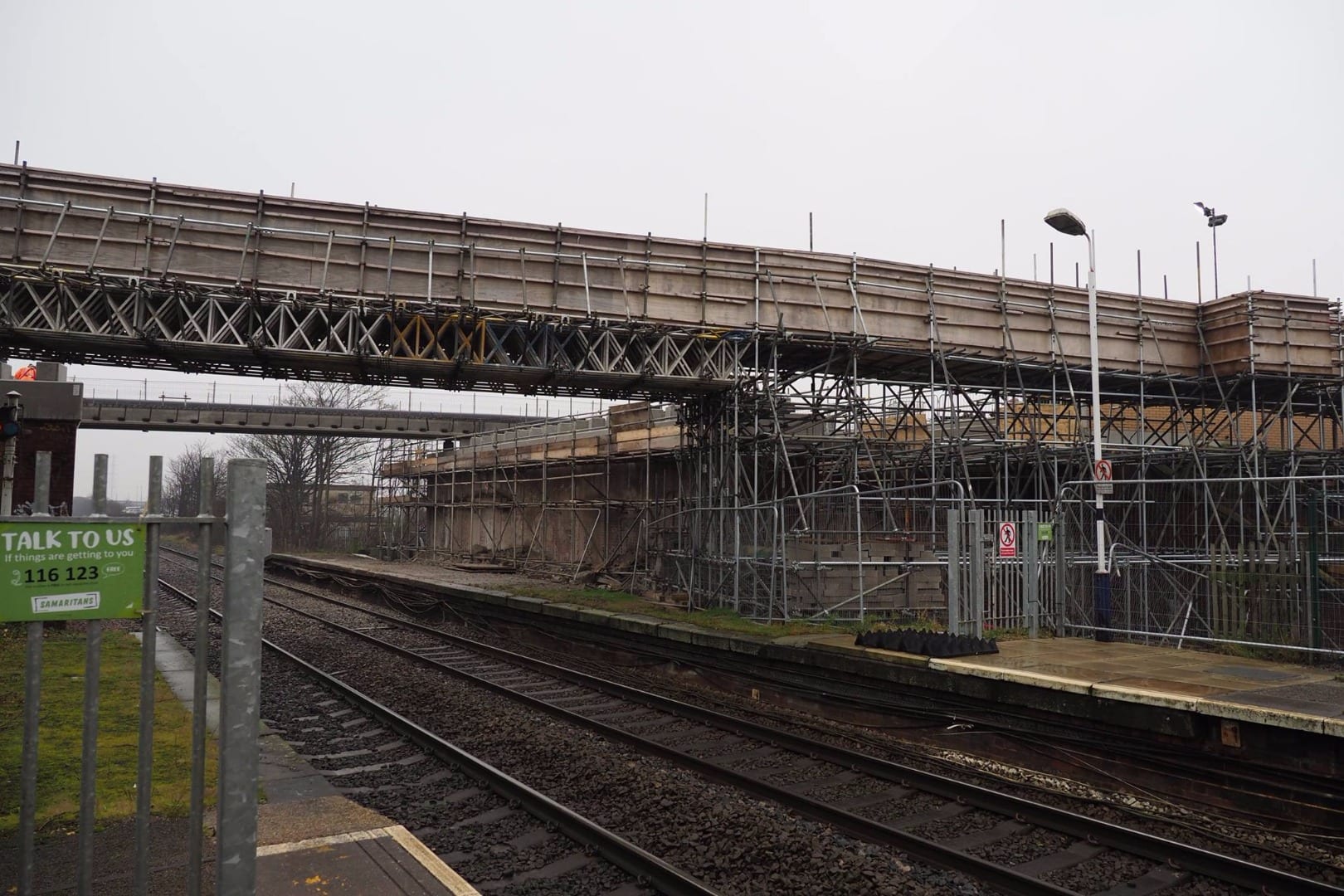 The third phase of the bridge repair programme was completed at the end of June 17, ahead of schedule. It saw utilities from the temporary footbridge diverted back into the highway. The final surface has now been completed which provides a much smoother surface for road users.

With the final phase of engineering works complete, the eighty-year-old bridge reopened to two way traffic.

The earlier second phase of the bridge repair programme saw it replaced with a stronger and higher alternative.

The bridge has been raised in order for electrification works to the railway line underneath to take place. Both schemes have taken place at the same time to minimise disruption.

As part of the £6.1m scheme, the deck of the bridge has been replaced due to corrosion. The corrosion on the bridge was significantly high, with the chloride based corrosion of the concrete rated as being up to 6%, far above the recommended level of 0.3%.

£1m of external funding for Plymouth Road bridge has also been received from Network Rail in order to raise the height of the new bridge, enabling electrification works of the train line underneath.

The rusty bridge at Princess Street, which was on the verge of being closed, was demolished and rebuilt in 2015/16.

Work on Princess Street bridge, which carries Seasiders Way, began at the start of November 2015. More work on removing the existing surroundings took place over the winter, and the new bridge was installed in early 2016.

As well as replacing the bridge, landscaping around the area provided stepped access from Princess Street on to Seasiders Way, as well as making the area brighter and safer for local residents.

As well as being in a decrepit state, the old bridge was also a hotspot for anti-social behaviour, with the dark corridor often complained about by local residents.

Ten bridges across Blackpool will undergo significant investment over a period of five years in order to spread out the works and reduce disruption to motorists. Ultimately the works will keep transport in Blackpool moving long into the future.

The maintenance programme to repair 10 Blackpool bridges is at a total cost of £11.365m.

The money is made up by contributions from Blackpool Council, the Department for Transport’s Challenge Fund and the Lancashire Enterprise Partnership Growth Fund.